Mixing It Up: Sci-fi Romance & Other Cross-Genres 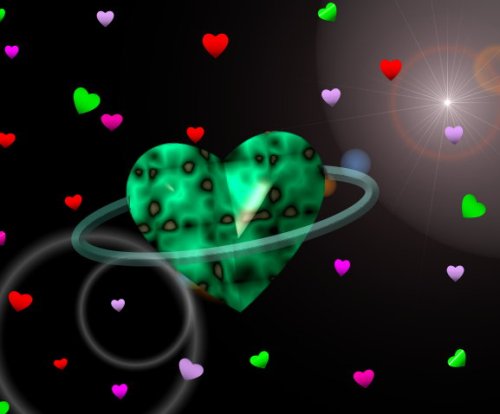 Once again, my fellow authors have come through. I threw out the open topic of sci-fi romance to learn what other writers have to say about this hybrid genre and the trend toward mixed genres in general. Special thanks to Becky Black, Kayelle Allen, and Tara Lain for taking time out to share their thoughts.

Becky Black is the author of m/m sci-fi romance and has published Stowaway (January 2011) and Liar’s Waltz (August 2011) with Loose Id. She has an entertaining blog that I’ve enjoyed visiting, and she may be the only other human being I’ve encountered who’s seen, let alone liked, the Kurt Russell version of The Thing. Becky shares her perspective on sci-fi romance:

“For me the advantage of mixing science fiction and romance is that I have the control to create the exact situation and environment I want in order to maximize the problems and conflict my characters will have to overcome. It also lets me deal with contemporary issues if I want to, but in a metaphorical way, not as ‘on the nose’ as it would be in a contemporary novel. Sometimes it also means my characters can triumph in the battle over these issues in a way they couldn’t if the story was set in the real world. I also like to explore the idea that even if we generally progress not everything will be better than today, socially for example. In Liar’s Waltz I have gays absolutely forbidden from Earth’s military. But I also don’t want to assume a monoculture. In Stowaway (out in August) one character is from a colony world that has no problem with gay people in the military.

“I think science fiction also allows a writer to explore timeless themes, in this case about love and relationships. People have faced the same problems in making relationships work for as long as we’ve been people. They’ll continue to face them in the future. They might differ in details – your lover is assigned to Pluto not New York while you’re stationed on Mars not in London. What now? Different places, same problem. Same emotions. I love the idea that we’ll go into space with the same brains as humans of the Stone Age, filled with the same drives and needs and strategies as those people. Space age cavemen. Or the writer can go the other way and give the characters entirely new situations to deal with – ones our caveman brain doesn’t yet know how to figure out.

“Striking a balance can indeed be tricky, satisfying both romance readers and science fiction readers and not leaving one or the other, or both, feeling short-changed. I’ve had comments that Liar’s Waltz feels too contemporary, so I probably didn’t pull off the balance there. I’ve tried to take that criticism on board to work on. Maybe I’m just not too much of a “high concept” science fiction writer!”

Kayelle Allen is the multipublished author of the Surrender trilogy: Surrender Love, Surrender Trust (coming soon), and Surrender Will.  She was kind enough to share how the mix of sci-fi and romance works for her with her Surrender series:

“Since I write both m/f and m/m I can give both viewpoints. Setting it in the future allows me to create a society which accepts being gay as if it’s of no more consequence than eye color. It also let me create a not-so-forgiving world outside the Tarthian Empire from which the younger hero fled in fear of his life. The fish-out-of-water aspect nabbed sympathy in the Surrender Love, and in Surrender Will, the third book, that gets turned around when the older hero dares to take his younger spouse home for a visit, and finds himself the only human in the northern hemisphere.”

This is what authors have to say about sci-fi romance, but what about mixed genres in general?  Tara Lain is the multipublished author of The Scientist and the Supermodel (May 2011, Loose Id) and Genetic Attraction (Loose Id). She shares her thoughts on mixing and matching genres and the impact of digital publishing on the industry:

“The trend toward mixing genres is very much a phenomenon of digital first publishing — and I love it. Since digital-first publishers don’t have to guarantee huge audiences for every book in order to justify publishing them, they can provide books that are exactly to the taste of a smaller group of readers. For example, my new release Golden Dancer (Sept 27 from Loose Id) is a romantic suspense. Romantic suspense is a time-honored mix of genres, BUT my book also happens to be a M/M/M ménage. Not exactly the book you’re likely to see at WalMart. Lots of people love scifi, but BDSM romance in outer space? It may not be mainstream fiction but it’s wildly popular. I love the freedom to explore and experiment that digital-first publishers allow to writers. My holiday book, Mistletowed (Dec 13 from Loose Id) combines 7 main characters (unheard of in a romance novella) with a dash of paranormal and a mixup of pairings and threesomes that boggles the mind. Will it find an audience? We’ll see. But it did find a publisher because digital-first can afford to take some chances. As digital-first becomes the mainstream and ebooks become the norm, this expansive experimentation will likely tighten up. Publishers will encourage (pressure? LOL) authors to ‘repeat what works’ even more than they do today. But the publishing business will be far better for the mixing of genres because ‘what works’ will have a far broader definition.”

These are all fantastic points. Becky, Kayelle, Tara, thank you. I enjoyed your insights, and I’m sure readers will, too.

3 responses to “Mixing It Up: Sci-fi Romance & Other Cross-Genres”